The Pinellas County Commission is working diligently to renew the 1-cent Penny for Pinellas sales tax for another ten years. The tax was initially intended to be a temporary tax back 1989, and have approved extensions in 1997, as well as 2007.

The original intention was to aid in the county’s infrastructure spending on a temporary basis, but has morphed into a $2,000,000,000 blank check for “insider spending” and pro-sports stadiums, which they continue to push year after year. They continue to push misleading language to convince tax-payers that they are looking at just an extra penny per transaction, when it is an extra one per-cent of the entire bill.

Why do they continue to push a narrative deliberately intended to downplay the cost to the tax payer?

Penny for Pinellas is a marketing scheme put forth by the Pinellas County Commission thirty years ago to temporarily assist on city projects that couldn’t be afforded. The tax, like all taxes, has been abused and became just another way for our county to be able to pay for pet projects for them to show off their achievements during election season. Effectively they have created their own election fund, filling the city with projects many of the county’s own citizens do not want or visit, under the guise of public improvements.

The Republican Liberty Caucus of Tampa Bay recommends that the voters of Pinellas County vote NO on Penny for Pinellas on November 7th 2017. 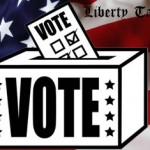