Nick DiCeglie is a local small business owner and has led the Republican Party of Pinellas for 4 years, and in this author’s opinion has done so with a renewed embrace of the party’s conservative grassroots; something that was lacking in previous Pinellas Republican Party chairmanships.

Berny Jacques is an attorney and former President of the Pinellas County Young Republicans. Unfortunately, his tenure as club President included actions taken to oppose the conservative grassroots members of the club.

In the run-up to the Greenlight Pinellas sales tax hike vote in 2014, grassroots activists in the Pinellas Republican Executive Committee organized and were able to get a resolution passed that stated that the Pinellas Republican Party was officially opposed to the 1% sales tax hike to build light rail. The following day, a member of the Pinellas County Young Republicans expressed his intention to bring the same resolution to the Club for a vote. At the end of the meeting, when such a vote would have been able to take place, club President Berny Jacques shut the meeting down so the club would not be seen as standing against the Greenlight Pinellas tax hike. It was shared later that he did not want to upset or exclude those in the party who were supporting the $100 Million per year sales tax hike.

Because of this hostile action taken against the conservative grassroots members of the club, we recommend voting for Nick DiCeglie, who was Vice Chairman of the Party at the time and assisted in getting the resolution to the floor for a vote. 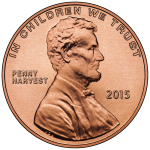