The Tampa Bay Times put an article up on Wednesday, August 20, 2014 at 3:51pm covering the story. They explained the Democratic Party reasoning, and also included the Republican Party explanation for why their Executive Committee voted unanimously last week to oppose the referendum.

The original version of the article was online all day, until at 10:36 PM, a single edit was made to the article. I will allow the following animation to speak for itself:

To actively remove the key reasoning behind the Pinellas Republican Party’s unanimous opposition to the Greenlight Pinellas referendum speaks to the lengths that proponents of this harmful referendum will go to suppress the facts.

The fact is, Pinellas residents from across the political spectrum are starting to realize that an 8% sales tax (which would be the highest of Florida’s 67 counties) hurts most our poorest residents, seniors and veterans on a fixed income, and anyone that rents rather than owns a home.

The fact that the TBT would actively remove that key information to help sell a $100 Million per year tax hike to residents that are already struggling to make ends meet is deplorable, and we would call on Tampa Bay Times CEO Paul C. Tash (727-893-8887 | ptash@tampabay.com) to apologize to the community his paper supposedly serves.

Update 9:30 AM: It is confirmed now that this was edited to soften the perceived negative impact of Greenlight Pinellas, as this neutered version of the article was the one that appeared in the Tampa Bay Times today–Page 3B – They also left off the title part that says “Stop Short of Endorsement” — nothing but warm fuzzies about Greenlight from the TBT!

Help us grow and spread the word! Donate to the RLC of Tampa Bay 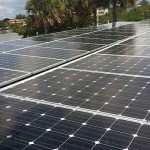