The Republican Liberty Caucus of Florida has announced it’s endorsed candidates for the Florida Senate and House of Representatives. According to RLC Florida Chairman Bob White,  “For twenty five years the Republican Liberty Caucus has been a strong voice for the principles of limited government, free enterprise and individual liberty. We believe that less government means more liberty. We work through local and state chapters all over the country to oppose government excess and demand accountability to the people and the Constitution. Our Florida chapter has been extremely active working within the legislative process to successfully promote these values and principles here in Florida. We are very proud to recognize the following individuals for their leadership on liberty issues and to endorse them in their races for the Florida Senate and the Florida House of Representatives”.

For the Florida Senate:

For the Florida House of Representatives: 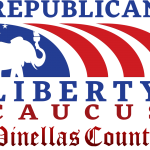