Here’s what the Republican Liberty Caucus of Florida will be focusing on this year in Tallahassee:

THE REPUBLICAN LIBERTY CAUCUS OF FLORIDA

The Republican Liberty Caucus is a national grassroots organization working to advance the principles of individual rights, limited government, free and fair markets, and personal freedom and responsibility.

For more than twenty years the Republican Liberty Caucus has been the strongest, most consistent voice for these principles within the Republican Party. Many Republicans talk about these principles, but the RLC has taken the lead in promoting Liberty candidates and advocating for Liberty legislation. We believe that less government means more liberty and we work through local chapters and with our member activists all over the country to oppose government excess and demand accountability to the people and the Constitution.

These principles have been the determining factor in the preparation of this legislative package. We call upon the members of the Florida Legislature to abide by these same principles as they decide the future of the great State of Florida and impact the lives of millions of Floridians by their actions.

CRITICAL ISSUES FOR ALL FLORIDIANS

Our top priority. We are proud to partner with Liberty First Network and other grass roots organizations to promote our Come Clean Florida Campaign. The purpose of this campaign and the legislation being developed, is to put an end to the “legal laundering” of millions of dollars in special interest campaign contributions. We support the following legislation that will strengthen expenditure reporting requirements for political committees and electioneering communications organizations:

SB 892 by Senator Soto and HB 631 by Representative Murphy

Stopping the implementation of Common Core in Florida’s schools and addressing the issue of high stakes testing continue to be our top education priorities. We believe that a cabinet level elected Commissioner of Education will be more responsive to the input of parents and teachers and will do a better job of addressing these and other important issues. We support to following legislation creating a cabinet level, elected Commissioner of Education.

HJR 767 by Representative Mayfield and SJR 942 by Senator Garcia

Proponents of Red Light Cameras claim safety as their motivation, but the real motivating factor for the state, counties and municipalities is revenue enhancement. We oppose red light cameras on these grounds and on Constitutional grounds as well. The red light camera ticketing process violates the due process and equal protection provisions of the Constitution. We support the following legislation that would repeal the authorization for, and prohibit the use of Red Light Cameras in Florida.

SB 168 by Senator Brandes and HB 4027 by Representative Artiles

HB 163 by Representative Gaetz and SB 300 by Senator Gaetz

HB 4001 by Representative Steube and SB 68 by Senator Evers
We also support the following Stand Your Ground “Burden of Proof” legislation:

SB 344 by Senator Bradley and HB 169 by Representative Baxley

We support the following legislation which urges Congress to call an Article V convention with the sole agenda of proposing an amendment to the U.S. Constitution to limit consecutive terms of office that a member of the U.S. Senate or the U.S. House of Representatives may serve.

SM 630 by Senator Bean and HM 417 by Representative Metz

Civil asset forfeiture laws are among the most abused in the nation. Assets seized during the investigation of a potential crime are not required to be returned and are typically kept by the agency that seized them even if a defendant is ultimately found not guilty of the crime for which they were being investigated. We support the following legislation which would put an end to this abuse.

HB 883 by Representative Caldwell and SB 1044 by Senator Brandes

The Republican Liberty Caucus of Florida thanks the members of the Florida Legislature and the Governor for their service to the people of Florida. If you have questions or there is additional information we can provide, we hope you won’t hesitate to contact us. 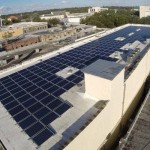