This legislation would prohibit Political Committees (PCs) and Electioneering Communications Organizations (ECOs) from making contributions to each other.

The use of political committees and electioneering communications organizations to make contributions to each other makes it extremely difficult to determine the original source of the contributions. In many cases contributions flow through multiple committees before reaching the final committee where the money is actually spent to influence the outcome of a political campaign. This legislation will make the election process more transparent and allow voters to make informed decisions about candidates.

The press conference will be held on Wednesday December 6th, 2017 at 1:00 PM in the 4th floor rotunda between the two chambers. 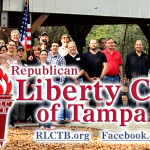